This module on “Photovoice” provides tools for community members, practitioners, and researchers involved in research wishing to adopt this visual method, while presenting effective conditions for applying it in a scientific process.

This method was originally used by Wang and Burris with rural women in China in the early 1990s to influence policies that affected them. Read more

Photovoice is a visual method that uses photography as a means of speaking about an experience or situation in order for people to express their perceptions, emotions, and opinions which could otherwise be overlooked (Lopez et al. 2005).

Why use photos in research

Using an image can attract the attention of others and make it easier to express the desired meaning of a message. As we say, a picture is worth a thousand words.

Why consider photovoice in research

Photovoice is an accessible method that does not require any particular expertise and can be used with the most vulnerable and precarious populations in our society. Read more
Usage of the method Photovoice
Top

This method was originally used by Wang and Burris with rural women in China in the early 1990s to influence policies that affected them. It was a visual approach based on health promotion, educational theory, feminist theories, and non-traditional approaches to photography. Since then, the method has been used effectively in participatory research with groups of marginalized and socially excluded people.

The concept of this visual method is to use an image to lead someone to question themselves about the way they perceive themselves with respect to both themselves and their environment. In other words, taking pictures allows participants to engage in research to explain and interpret their situation in order to better understand the context in which they live and to influence how we view their situation. This is a potentially useful method for raising awareness of social issues in our society and then mobilizing the community to come together to transform their environment.
Using an image makes visible what is invisible and can highlight aspects that are more difficult to express. Photovoice thus becomes a tool for reflection that can make a difference by providing a better understanding of the social, cultural, and economic issues that impact the conditions for well-being and health of a population.

Why use photos in research

So, photovoice becomes a way for people whose opinions are often discounted to speak out and express their perception of a given situation.
A reflective approach that allows sensitive topics to be addressed that would not otherwise be expressed in the same way. The photo serves as a medium that allows for discussion of a lived situation without focusing on the person themselves. This represents a less emotionally charged process than testifying directly to one’s life experience, thus encouraging objectivity and helping to generalize the meaning of the photo to other contexts. 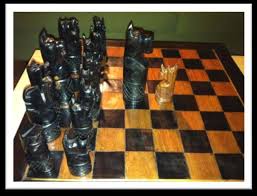 Why consider photovoice in research

Photovoice is an accessible method that does not require any particular expertise and can be used with the most vulnerable and precarious populations in our society, such as people with low literacy levels, children and youth with disabilities, homeless people and their families, people living with intellectual and/or physical disabilities, people with chronic illnesses, members of visible minorities, or people who are discriminated against because of their social class, race, religion, language, culture and ethnicity.
This method can be a way for these populations to become aware of their situation by sharing their point of view and allowing them to answer their own questions in order to better understand what they are going through. When people engaged in research feel that they are being considered and heard, this can lead to empowerment that supports their emancipation. This outcome can be enhanced when they are involved as co-researchers in the scientific process.
Photovoice strengthens the active participation of the population and generates results that can be used as research data to have a greater influence on social change. As such, the results can be transmitted to different audiences in order to raise awareness among the public and among political, municipal, and community actors involved in the research issue, leading to concrete outcomes.
According to the Center for Community Health and Development Center of Kansas University, photovoice can serve as a tool to raise the social issues and needs of a community, gather data to evaluate an intervention or program, make a situation public, and provide results to decision-makers who need to act.  https://ctb.ku.edu/en