REFLECT approach
Reflect is an approach that aims to involve everyone, including the least literate, in discussion, analysis and decision-making regarding important issues in their lives. It was born from a fusion between Paulo Freire’s theory and techniques from PAR, which stands for Participatory Action Research.
REFLECT approach is used mainly in the field of popular literacy in many countries on all continents, because it is well suited to its vision of reading, writing and counting not as a goal in themselves, but as a means to gain more power over one’s life and in society. However, Reflect can be, and has already been, transposed into a variety of fields because it provides a means to deal with any subject that is related to the experiences of the people with whom work is being done.
It seems interesting, even ironic, to note that the popular literacy community has drawn on techniques from Participatory Action Research[1] and that perhaps today, as this site suggests, the research community will in turn be inspired by the experiences of the popular literacy community. This is proof that ideas do not remain trapped in place and that they travel more freely across geographical and theoretical borders than one might think! 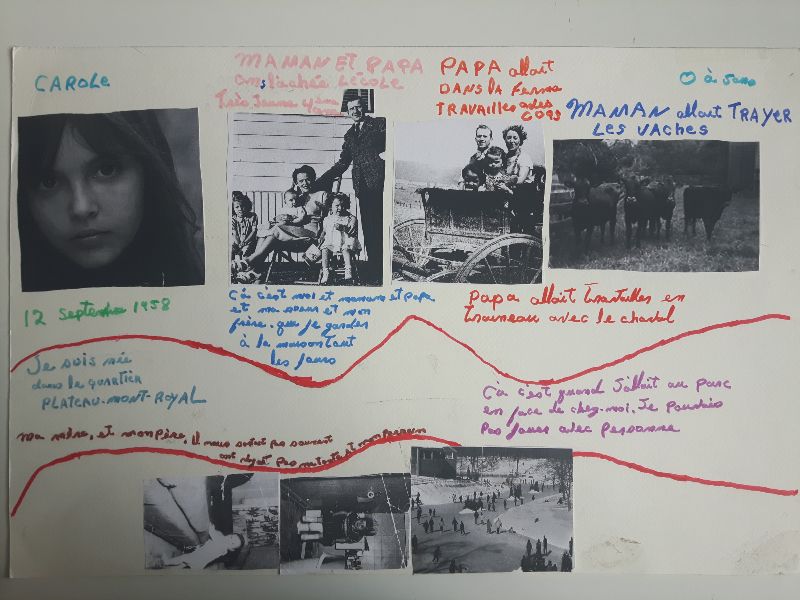 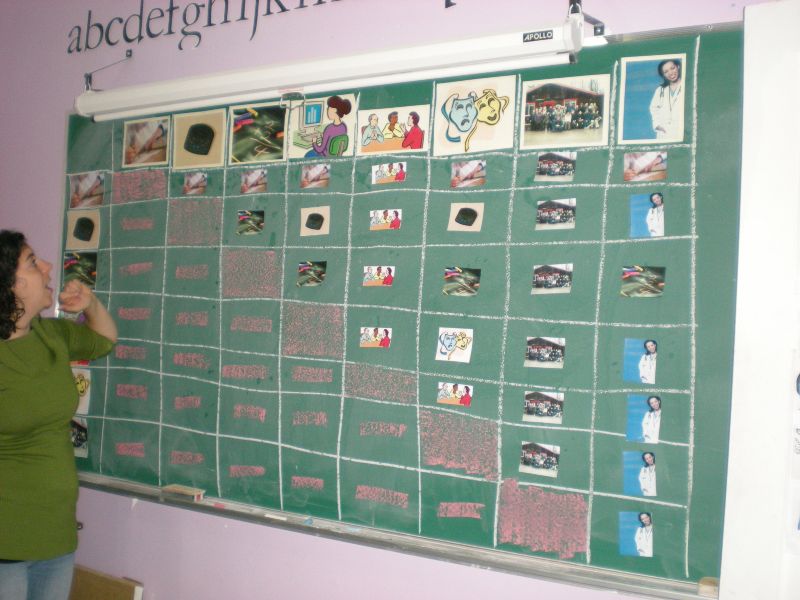 REFLECT approach is therefore an approach to learning, but also to social change. The main terms normally associated with it are Communication and Power. Communication, because it aims to strengthen the ability to communicate among people who have not had the opportunity to develop these skills in school and who, consequently, are the least heard in our society. Power, because it aims to raise awareness and transform unequal power relations in society. In short, Reflect helps to improve people’s ability to communicate in order to develop their power of action.
Obviously, Reflect calls for a collective approach. It sets up democratic spaces where, through expression of excluded minorities and sharing of their experiences, the realization of dominant discourses and critical analysis of the situation, it becomes possible to act collectively on reality.

PAR tools
It can therefore be said that REFLECT approach is a process of analysis and reflection and that its distinguishing feature is that it provides the necessary conditions for everyone, even if they are illiterate or in a vulnerable situation, to feel comfortable participating in it. It is in this respect that PAR tools are most relevant, because they provide a visual means to show the ongoing process.

The PAR tools give structure to the process and foster creation of a democratic space. There is a very wide variety of PAR tools, and the choice of tool must be made according to the objective of the process. The best known and used in Quebec in the field of popular literacy are:
However, there are also diagrams, maps, calendars, etc., as well as other tools such as theatre, role-playing, video and photography. And since Reflect is constantly evolving, this list is continually growing, and it is always possible to invent new tools that will best serve the needs of the group.

The basic principles of Reflect

What does not change, however, are the basic principles of the approach. First of all, like any approach that is part of a participatory approach, Reflect requires time – the idea being to allow everyone, and in particular those who are least at ease, to have their say. It becomes difficult and counterproductive to keep to a precise schedule. Such a process therefore requires a high degree of flexibility on the part of the facilitator and participants.

Moreover, in the context of a Reflect activity, the moderator or trainer is generally called a ‘facilitator,’ because their role is to facilitate individual expression, the exchange of points of view and of everyone’s life experiences. The facilitator initiates the analysis process by proposing activities and visual tools, but also participates in the process by sharing experiences and points of view, while taking care not to position themselves as experts or to gauge the influence of their opinions on the group.

Indeed, Reflect aims to promote local knowledge. The facilitator is there to demonstrate to participants that they have and are able to develop the skills and knowledge to understand the world around them and take action to improve it. The facilitator must be very open, respecting people’s customs and points of reference. They should let people express themselves, even if what they say may seem wrong, imprecise or irrelevant, before drawing these elements back into the discussion. They must also foster a spirit of research through the triangulation of information and by encouraging debate. 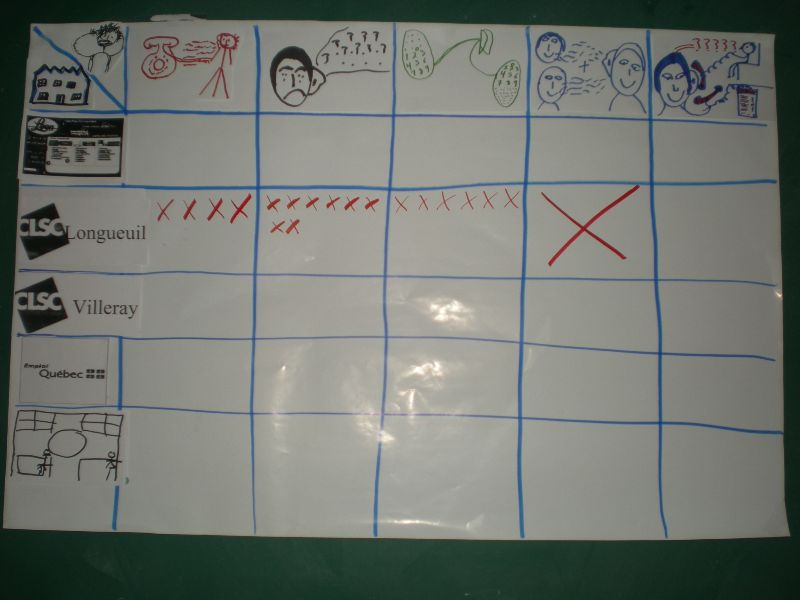 How do we manage to conduct a collective analysis in which people with low literacy can participate fully? This is where symbolization becomes key. Just as each letter of the alphabet is a symbol that has been agreed upon, a convention, in the Reflect approach participants choose and agree on symbols that will represent their ideas. These symbols (drawings or objects) are then placed in a visual tool, as well as in a legend where the meaning of each symbol will be recorded in writing. In this way, participants will be able to review the tools and follow the evolution of the group’s thinking.

To this end, consensus is the second key to the Reflect approach. Consensus makes it possible to distribute power within the group and prevent those who speak more naturally or who are more influential from monopolizing decision-making to the detriment of those who are more reserved. Obviously, this is not always easily accomplished, but it is necessary to develop the habit of working on consensus-building even if it requires time. The haste that often leads us to want to vote leads to frustration and discontent, while the cohesion created by consensus gives greater strength to the mobilization and collective action that will follow.

Conclusion: On the path to innovation

Since innovation is an integral part of Reflect, and our essential task is “to creatively adapt the approach,” I warmly invite you to take ownership of it in your participatory research projects. Not only will it allow you to include everyone, regardless of their literacy level, in your collective research process, but the research experience will itself become a process of social transformation because it will allow people, normally excluded from the public domain, to have their voices heard. 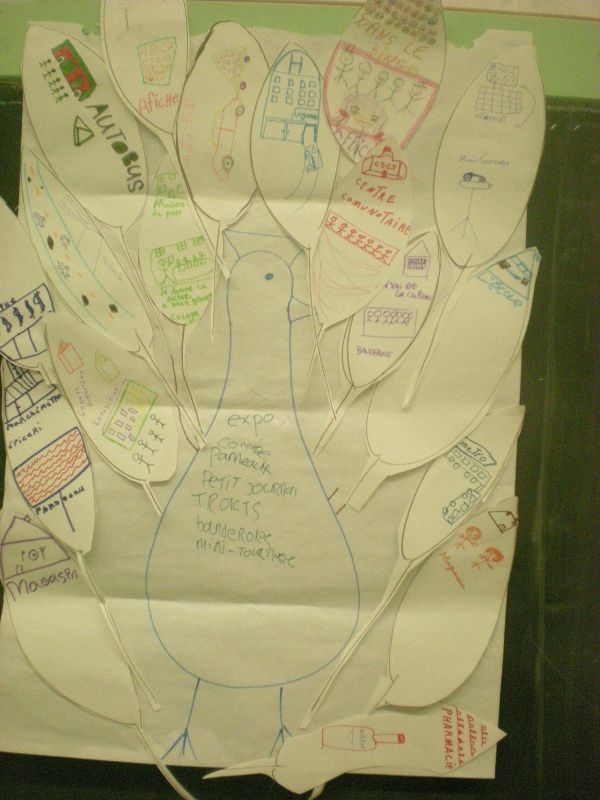 Reflect is an acronym that stands for Regenerated Freirian Literacy through Empowerment and Community Techniques. Paulo Freire was a Brazilian pedagogue who, from the 1960s onwards, developed a literacy approach aimed at emancipating agricultural workers and, more broadly, effecting social transformation. Paulo Freire’s theory is at the root of the approach adopted by the majority of popular literacy groups in Quebec, at least those who are members of the Regroupement des groupes populaires en alphabétisation du Québec (RGPAQ) such as La Jarnigoine (link to website jarnigoine.com), and around the world. He is internationally recognized as the father of critical pedagogy. 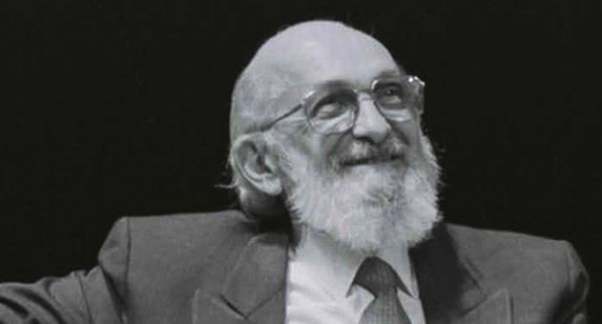